Cain has a fondness for Mondays. His eggs arrive on Monday, delivered to his door by a farmer on his way to town. On any given Monday, he receives two dozen fertilized eggs, sometimes as many as three. He welcomes his eggs, greets them warmly, carries them to the cellar door and locks it behind him. Cainâ€™s wife and daughter chalk the egg keeping up to a new hobby; heâ€™s always been sort of an all-rounder. They permit him his eccentricities, as well as full use of the cellar. For this he is grateful. A man needs his space.

He keeps his eggs in an incubator heâ€™s fashioned himself from a clear plastic bin, foam, and an electric warmer, soft overhead lights, real incandescent, not the horrid LCD lighting so popular these days. Cain is generous with his new eggs. By their side in his armchair, he reads to them from his books, tells them jokes. Buoys them through the day-to-day of their becoming. He keeps it lighthearted, all the best to cull their burgeoning spirits. He wants only to please his new darlings. When dusk falls, he pets each one on its lovely ecru apex with his index finger before shutting off the light and heading up to bed.

Tuesday mornings bright and early he checks his babies for cracks. Often he must wait until Wednesday for the first. Oh! He finds a single hairline fracture, a hesitant gap just beginning, and he smiles. Cainâ€™s smile is large, momentous. This can be the hardest stretch, the interminable hours of Tuesday, Wednesdayâ€™s early anxiety, through which he perseveres in his armchair in the gloom, waiting and watching for the fissures he knows will form. There may be three or four by the time he turns in Tuesday evening, wishing for dawn, for openings.

Wednesdays are busy days. Cain wakes at the first gray light, peering over his half-born babies, and he finds them disheveled. Fissures have given way to chasms, and he hazards another grin. Heâ€™s happy now that hatch day is here. He prepares the cage, gives it one last preparatory wipe, and fills it with soft straw for his newborn chicks. He watches over the eggs closely, not wanting to interfere â€“ nature knows best, and he knows better than to rush his hatchlings. Cainâ€™s hot breath fogs the incubator and he wipes that too, settles into his armchair to watch the rest of the birthing process. He clucks to them, his chicklings, as he finds ways to busy his hands.

By lunchtime theyâ€™re all born, all downy warm yellowy feathers and teensy sharp beaks. Better than the birth of his own human daughter since theyâ€™re all his. Cain doesnâ€™t dare touch one, not yet. Instead he sits forward on the edge of his seat and strains to hear their first soft cheeps. He washes and rewashes his hands in the basin under the stairs so heâ€™ll be ready when they are.

At dinnertime theyâ€™re chirping for real, and he knows what to do. He lifts each baby chick from the incubator by its small hot body and moves it gingerly to the cage, sets it inside. A whole new world! Twenty-four darlings, twenty-four wondrous looks. Cain sends his wife to bed and stays up late admiring his chicks. He offers water and seed, reads aloud from his books, offering a chirp now and then. Wednesdays he goes to bed happy, crawls under the covers heart full and hopeful. He looks forward to the day ahead, more of the same, enjoying his babies, watching them grow.

Thursday he spends cleaning out the incubator, readying it for next weekâ€™s new batch. Cain sings as he works, simple love songs composed of clicks, clucks, and coos. Only his lovelies can hear; heâ€™s got the cellar door soundproofed. He watches over them to ensure they all get along, no pecking fights, nothing ugly. He likes his chicks peaceful. All together.

Friday morning, Cain cleans his boots, slung back low in his armchair. Atonement. He hums to his chickies as he scrapes out the treads with his penknife. He gives his boots a thick coat of polish and rubs them with a cloth until they gleam. He sets them on the shelf next to the cage, to expose his babies, to help them feel comfortable with his boots. This takes some time. Cain doesnâ€™t like to inflict fear and he takes pains to avoid it.

After heâ€™s put everything in its place, he watches over the chicks until evening falls. Friday night. His favorite time. Only then does he double check the lock at the top of the cellar steps, does he unbutton his shirt, does he permit himself to play with one of them, just one. The very best of the batch. Cain takes the smallest, fluffiest chickling from its enclosure, rubs its downy feathers on his face. He inhales its musty scent, brushes its small body against his lips. Again and again, he never tires of this. He sits back in his armchair, lays the chick on his clean-shaven chest, lets her peck him. Heâ€™s been waiting for this all week. His sine qua non. The sensations build slowly, now soft, then sharp, soft again. So soft. Soon heâ€™s quaking and panting under her small perfect body. He feels his faults arising, presses his face down into the helpless not so helpless puck of down on his chest and feels the emission escape him, a sweet hot long release. At last. Oh, Friday is a good day.

He holds her a long time afterward, only returning her to her sisters long past midnight has rendered its blissful obscurity. He retires to his marriage bed, sleeps in Saturday. Late in the day he descends to feed his girls. He reads them a bit more from his collection. He kneels, says a quiet prayer. Then Cain rises, takes his shining boots from the shelf, slips them on, does up the laces. Heâ€™s ready now. The yang to last nightâ€™s yin.

Cain surveys his chickies, finds his prettiest, and sets her to the side. The best for last. He takes another, a bright yellow one, and lifts her out. This one he doesnâ€™t press to his face. He sets her down firmly on the ground, on a square of plywood heâ€™s cut and fitted just for this purpose. She cheeps, his chickie. Pecks the wood. His movement is strong, fluid yet masculine. He lifts his thigh parallel to the ground, brings his heel down hard on her small defenseless body. He can feel the infinitesimal bulge under his boot. Itâ€™s all part of the ritual to Cain. He removes his foot, checks her corpse for signs of life, finds none. He returns to the cage, selects another girlie. She cheeps at him as if in rebuke, and he gives her body a tight squeeze before he sets her on the plywood.

Five chicks in, the cellar smells of blood and the others are cheeping to save themselves. He picks up the pace, wanting to get the dirty work over with. Saturdays are unsavory. A half-hour later the stench is overpowering and the room is silent save for Cainâ€™s heavy breathing and one plaintive cheep. Hers. He peers into the cage, canâ€™t take the way her eyes are glistening. Somehow today feels different than all the other Saturdays. He cannot crush her. He cheeps once to show her heâ€™s not going to hurt her. He leaves his boots by their bodies and slinks off to bed, spent.

Sunday he wakes at dawn, slips away from his still snoring wife. In the cellar, amid the lonely sound of a single lovely chirp, he slips on the rubber gloves and tall galoshes he keeps just for this purpose. He kneels by the messy plywood and prays. Their brief lives, snuffed out. Too soon, he cries, weeping. She watches him from her cage. Then, reverently, he lifts the grisly remains of each of his lovelies into one of the wooden boxes heâ€™s built. He closes the lid with a flutter of kisses. He washes the bloody plywood with hot water and lemon, props it to dry in one corner. His boots, he sets aside for later. A memento mori. He tidies his books and straightens his armchair. He wipes the incubator again, as well as the shelf, the floor. Finally, he cleans the cage, lifting his sole chick gently into his shirt pocket. He buries the box way out in the corner of the yard where his daughter never plays and spends the afternoon building an enclosure. As he works, she serenades him with a soft song of cheeps. By evening, all is ready for the week ahead.

When the farmer arrives Monday morning, Cain asks if he can purchase a rooster. â€œSure thing,â€ the farmer agrees, cheerfully and unknowingly rendering himself out of the weekly equation. â€œIâ€™ll bring him next Monday.â€ Cain flashes him the rare smirk he reserves for preserving social graces as he cautiously lifts the weekâ€™s fresh case of eggs. He frowns at his daughter waving to the farmer through the front window. 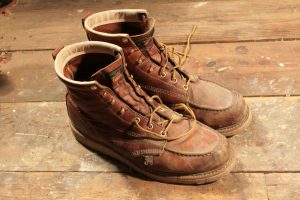