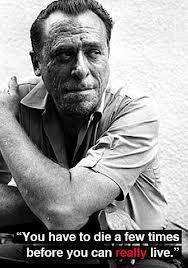 nobody can save you but
yourself.
you will be put again and again
into nearly impossible
situations.
they will attempt again and again
through subterfuge, guise and
force
to make you submit, quit and /or die quietly
inside.

nobody can save you but
yourself
and youâ€™re worth saving.
itâ€™s a war not easily won
but if anything is worth winning then
this is it.

maintain your self
with humor and grace
and finally
if necessary
wager your self as you struggle,
damn the odds, damn
the price.

only you can save your
self.

then youâ€™ll know exactly what
I am talking about.

You happened to me. I was happened to
like an abandoned building by a bull-
dozer, like the van that missed my skull
happened a two-inch gash across my chin.
You were as deep down as I’ve ever been.
You were inside me like my pulse. A new-
born flailing toward maternal heartbeat through
the shock of cold and glare: when you were gone,
swaddled in strange air I was that alone
again, inventing life left after you.

I don’t want to remember you as that
four o’clock in the morning eight months long
after you happened to me like a wrong
number at midnight that blew up the phone
bill to an astronomical unknown
quantity in a foreign currency.
The U.S. dollar dived since you happened to me.
You’ve grown into your skin since then; you’ve grown
into the space you measure with someone
you can love back without a caveat.

While I love somebody I learn to live
with through the downpulled winter days’ routine
wakings and sleepings, half-and-half caffeine-
assisted mornings, laundry, stock-pots, dust-
balls in the hallway, lists instead of longing, trust
that what comes next comes after what came first.
She’ll never be a story I make up.
You were the one I didn’t know where to stop.
If I had blamed you, now I could forgive
you, but what made my cold hand, back in
proximity to your hair, your mouth, your mind,
want where it no way ought to be, defined
by where it was, and was and was until
the whole globed swelling liquefied and spilled
through one cheek’s nap, a syllable, a tear,
was never blame, whatever I wished it were.

â€œThere is no means of testing which decision is better, because there is no basis for comparison. We live everything as it comes, without warning, like an actor going on cold. And what can life be worth if the first rehearsal for life is life itself? That is why life is always like a sketch. No, “sketch” is not quite the word, because a sketch is an outline of something, the groundwork for a picture, whereas the sketch that is our life is a sketch for nothing, an outline with no picture.â€

-Milan Kundera, The Unbearable Lightness of Being

There are some books that I just come back to again and again because of their truth, like this one. Gwen over at Little Growing Pains shared a post this week that reminded me again of this quote. I think that the experience of making the sketch is the important thing, and sketching means making mistakes and changes. 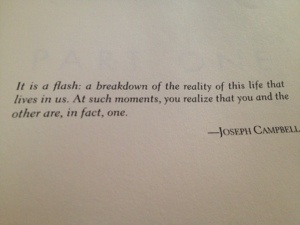